I was at lunch in the district today (I'm running for State House) and was asked about my thoughts on the new steps to #ActOnClimate by the White House. 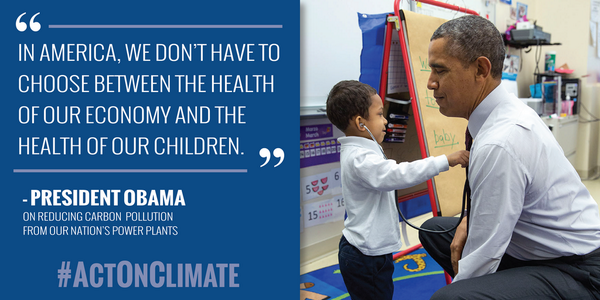 Taking action on climate-disrupting carbon emissions will protect property rights, public health, and bring more efficiency to energy markets as true costs to consumers can lead to better allocation of resources and smarter investments in the energy sector. This is a win for public health and economic productivity. 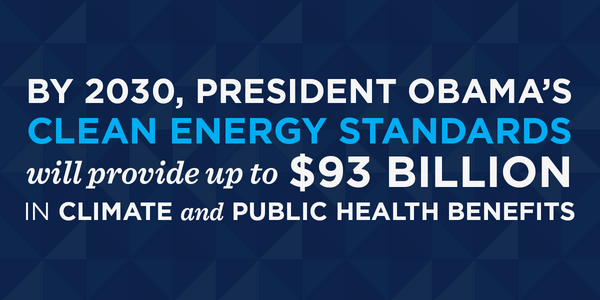 These clean air safeguards will spur innovation and accelerate the clean energy economy to create good jobs here in Georgia-- protecting the health our children, protecting our property rights from polluters, and protecting our state's long term economic security in a tough global economy.

While my opponent spends his time defending policies that have delivered neither prosperity nor fiscal stability I'm focused on our future.  (If you would like to help elect a progressive in Georgia chip in $5, $25... $250(???) today!)

Here is President Obama on new steps to #ActOnClimate by reducing carbon pollution from power plants:

I also liked what The Economist Magazine had to say on the new EPA rules: Climate change: In praise of second best | The Economist

Assuming the plan is carried out (and it will doubtless suffer multiple legal challenges), it would reduce total American carbon emissions by around 5%. That is a lot for one measure, though tiny compared with the overall cuts required to rein in climate change. American power plants have already reduced their emissions by 15% since 2005, so requiring them to cut the same amount over a longer period is not too arduous. The plan will raise electricity prices and kill some jobs, but it will also save lives, most immediately by cutting particulate pollution.
It is far from the best policy. Ideally, Congress would have passed a carbon tax or created a carbon market, putting a price on emissions and letting buyers and sellers decide on the cheapest way to reduce them. Instead, the government is telling a particular sector (electricity providers) how much to cut and when—and then adding layers of complexity by allowing different states different ceilings. As a method of dealing with a problem, this has all the attractions of a blackout in a blizzard.
But it became inevitable once Congress rejected a better approach—cap-and-trade legislation—during Mr Obama’s first term. The current approach is at least better than nothing, the most likely alternative. In climate policy, delay is rarely good. The more carbon is in the atmosphere, the more expensive it is to cut back and the more damage it does in the meantime. Anyway, Mr Obama’s command-and-control approach does not forestall setting up a carbon market later.
The second-best approach is dearer but not dramatically worse than the best would have been. Power plants and electricity consumers would bear the main burden either way. And the plan’s benefits (over $50 billion according to the administration, mostly from improving people’s health) still outweigh its costs (less than $9 billion, mostly from higher prices). One hitch is that the costs are all incurred in America whereas many of the benefits are spread round the world.
In short, the proposal is a net gain as it stands—but the international response could make its benefits bigger. China’s government is mulling over a national cap on carbon emissions, which would mean it is going further than Mr Obama. The regime in Beijing will, and should, impose such a cap in its national self-interest. But China’s leaders like diplomatic cover. If Mr Obama’s new rules help cajole the world’s largest polluter to do more to cut emissions, then second-best would be much better than nothing.

Socrates and the crisis of the universities

Posted by Jim Nichols at 1:22 PM No comments:

"It has been said that man is a rational animal. All my life I have been searching for evidence which could support this."

"The enemies of freedom have always charged its defenders with subversion. And
nearly always they have succeeded in persuading the guileless and well-meaning."

A blog should be a resource.

Pulling the best ideas--from the web... or just your head--and posting them in a way that helps bring more information and meaning to a wider audience. This should be the goal.

Blogs live and die... you transition through them as you change and grow... this is the third conception of Jim. The current token is "under the name of reason."

"A process which led from the amoeba to man appeared to the philosophers to be obviously a progress though whether the amoeba would agree with this opinion is not known."